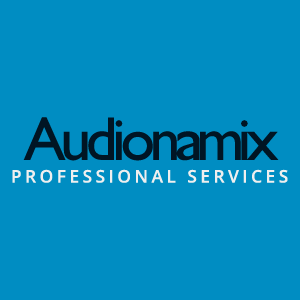 and hit TV shows. Through the groundbreaking Audionamix software line, studios, audio engineers and DJs across the globe can Separate to Create the previously unimaginable.

Audionamix Rolls Out New Professional Services for Rightsholders, Built on Decades of Science and Audio Savvy

Sometimes, you need to unscramble the egg of a master track or soundtrack, whether it’s to create a new immersive version, to extract stems for creative or UGC projects, to swap in a new musical moment, or simply to get the vuvuzelas out. Audio separation software and services provider Audionamix has done all this, leading the industry in AI-backed sound isolation technology since 2003.

The L.A.- and Paris-based audio separation pros began their success story two decades ago. They started with nothing more than a seemingly impossible problem: How do you separate a fully mastered audio file into individual sounds, turning a mono or stereo recording into manifold stems?

“Audionamix started as a research-only company in Paris, obsessed with the idea of how you unbake the cake — unmix the pieces,” said Ellie McNeil, General Manager of the L.A. office. “At the time, it was seen as the Holy Grail of the audio world. The research was a scientific endeavor -- a practically impossible feat.”

Years of building and improving the tech gave rise to real-world uses in film and television. Audionamix’s first true test came on an international stage — the 2010 Men’s World Cup in South Africa, where the buzzing drone of thousands of vuvuzelas often drowned out the voices of the broadcasters on television. Audionamix licensed its tech to remove the distracting sound from CANAL+ coverage of the matches that summer.

Since those early days, the utility of isolating and removing stems has exploded in just about every entertainment medium. Need to remove songs with expired licenses from old TV shows or mute the vocals for a master-based Karaoke catalogue? What about isolate dialogue for an upmix or remove dialogue for international dubbing? Audionamix has created technology that can handle these seemingly impossible tasks in mere minutes.

Their top-of-the-line audio separation tech is reserved for major film studios, television networks, and music labels via the Audionamix Professional Services division. The Professional Services team takes on unique audio challenges with a fully individualized approach, offering custom solutions for rightsholders that are uniquely tailored to each project.

“We are always adjusting our AI and services based on the industry’s needs,” said Stephen Oliver, Senior Engineer of the L.A. Professional Services team. “Early on, we’d met with studios who were like, ‘Can you please take this music out?’ and the team in Paris found a way.”

Audionamix’s vision is to be not only the global leader in customized unmixing, but also the proprietor of products that are accessible and affordable. They have achieved this with award-winning software, XTRAX STEMS and IDC: Instant Dialogue Cleaner. They are now expanding the accessibility and flexibility of their Professional Services division, offering a new On-Demand Web App, API, and unlimited, on-site Enterprise license for the highest level of IP security.

These products and expertise provide an invaluable service to entertainment and media companies all over the world. “What makes Audionamix unique is the quality of our proprietary tech, our intuitive products, and our white glove Professional Services team that reserves state-of-the-art solutions for our industry clientele,” said McNeil.

About Audionamix
Audionamix is the global leader in audio source separation. Built on advanced signal processing and artificial intelligence, Audionamix technology extracts specific elements from an audio file, including speech, vocals, drums and bass. Armed with this licensable technology, the Audionamix Professional Services team has worked on major motion pictures, GRAMMY-nominated albums, and hit TV shows. Through the groundbreaking Audionamix software line, studios, audio engineers and DJs across the globe can Separate to Create the previously unimaginable.